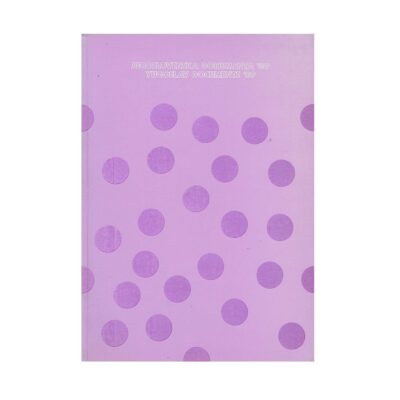 Comprehensive, profusely colour illustrated catalogue of the Jugoslav Dokumenta 1989, the last of this exhibition series before the brutal decay of Yugoslavia started in 1991, with contributions 200, mostly contemporary Yugoslav artists, e.g. Marina Abramović and Julije Knifer.

Content, Illustration: The exposition took place in the Sarajevo (today Bosnia-Hercegovina) Olympic Centre, originally inaugurated for the Winter Olympics in 1984, and the show was organised by the leading art museums and galleries in Belgrade, Ljubljana, Sarajevo and Zagreb. Marina’s contribution consists of an Boston polaroid titled »TUESDAY SATURDAY. 1986«. Julije Knifer is present with a map with print. – Apart from this a historical section shows works by avantgarde artists like August Černigoj.

All entries with colour photo reproduction of the works in question, titles, sizes and the techniques used by the artists, in most cases also biographical abstracts, as well as addresses and telephone numbers (!) of the living artists. Foreword by Muhamed Karamehmedović, as well as essays by Ješa Denegri („The Reason For The Other Line«, about 20th century art in Yugoslavia) and Davor Maticevic („A View of The Eighties«) in English.