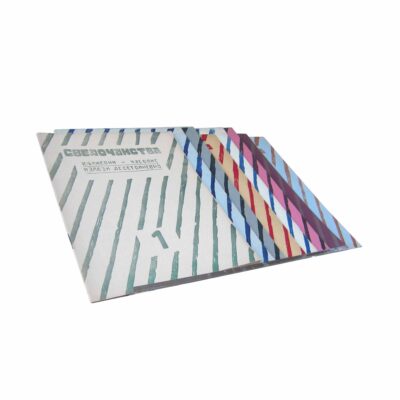 Contents: As the title of the review suggests »Svedocanstva« should deliver testimonies to the contemporary developments in Serbian arts and society but also abroad, containing poetry, essays, short prose, letters as well as documents. Printed in 1.000 copies each (nevertheless hard to find today in complete sets) the issues of this magazine document early established and close ties to the French surrealist movement, whose periodical »La Révolution surréaliste« is promoted in issue no. 1. Matić, a professor of philosophy and major theoretical proponent of the Belgrade movement, and the poet Moni de Buli later signed the French surrealist’s declaration „La révolution d’abord et toujours“ in 1925. Additionally »Svedocanstva« contains translations of works by foreign modernist poets like Aleksandar Block (no. 2).

Each issue of the magazine is devoted to a single subject, e.g. on art brute or primitive art (created by lunatics or children, no. 6), on dreaming, as one of the surrealist’s main topics, etc. Together the set shows a unity in message and artistical, literary as well as philosophical activity of the Belgrade group and their relations the international avant-gardes. The visual material reproduced in »Svedocanstva« (where of 5 plates, 1 inserted) consists of e.g. the picture novel „Vampir“ (later reprinted in full length in »La Révolution surréaliste« (Oct. 1925), numerous reproductions of comic like drawings and also of some photographies made by Rastko Petrović showing tattooed outlaws (prisoners, prostitutes etc.) The rear cover incorporates a reproduction of a design by Picasso, drawn on a post-card especially for and dedicated to the editor’s board of »Svedocanstva« and later sent to Belgrade.

Altogether »Svedocanstva« shows a unity in message and artistical, literary as well as philosophical activity of the Belgrade surrealist group around Marko Ristić, Dušan Matić, Milan Dedinac, Mladen Dimitrijević and Aleksandar Vučo, as well as some affiliated progressive poets like Moni de Buli (Monny de Boully), Rastko Petrović and others and their relations the international avant-gardes.

Attached: Advertising leaflet for »Svedocanstva«. 22:12,3 cm. Black offset print on one side on yellow stock.

Condition: Rear cover of no. 1 with on small fault (not inflicting text or illustration), margins and paper slightly time stained, staples and paper around it in parts rusty, otherwise well preserved, mainly uncut set of this rare and important magazine with surrealist tendencies avant la lettre.