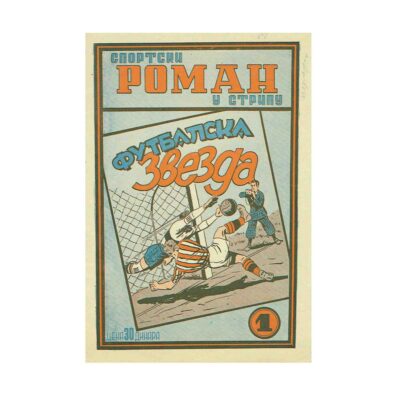 1st and only issue of this Yugoslav comic library titled »The Sports Novel in Strips«, drawn and written by Croatian lithographer and author of comic strips, Marijan Ebner (1918 – 1945?) before the 2nd world war. Although originally not intended, the title of the Graphic Novel – »Futbalska Zvezda« (Football Star) – includes a word game, aimed to attract the fans of the popular Belgrade football side »FK Crvena Zvezda«, founded in 1945 and already champion of the Yougoslave First League (1951, 1953) when this edition was published.

Apart from minor browning very well preserved and rare item indeed. OCLC and KVK show no entries worldwide, as well as none of the library catalogues of former Yugoslavia.