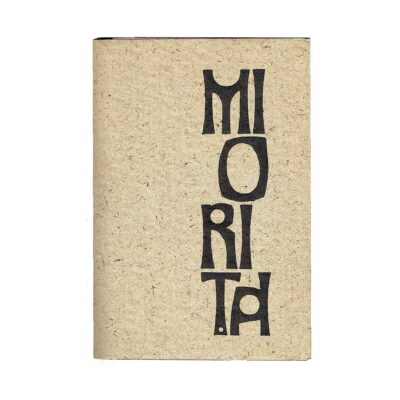 Gorgeous multilingual bibliophile edition of »Miorița«, an archaic Romanian pastoral ballad considered to be one of the core texts of Romanian folk literature.

This splendidly hand-crafted edition was produced as a project of prestige by the Romanian cultural authorities on occasion of the 1972 UNESCO „International Book Year“. Emil Chandea (born 1937), a most renown Romanian contemporary painter, book designer and illustrator, designed this bibliofile treasure by especially inventing a corresponding typeface to his outstanding design, both based on and focussing on folklore ornaments. Chendea’s sketches are reproduced on voluminous paper with fibre inclusions, the illustrations using high quality gilt zincography, the typeset printed in bold black letterpress. Additionally a booklet with a foreword by editor and literary critic Zoe Dumitrescu-Bușulenga and an exhaustive colophon in 6 languages is enclosed, as is a 33 rpm record with a spoken sound recording of the ballad by actors Tudor Gheorghe and Lucreția Horț.

Edges and corners of slipcase professionally repaired and in some parts therefore slightly bleached, otherwise very well preserved copy indeed, the record in a perfect condition.