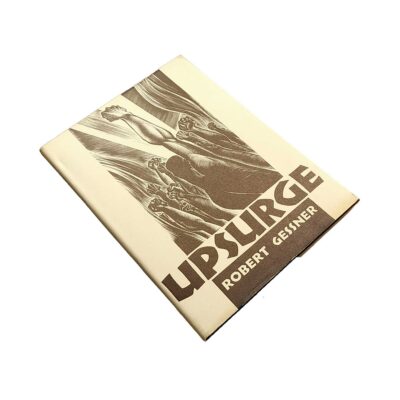 First edition of this volume containing anarchist poetry („Give us back our factories!“) by U.S.-poet, scriptwriter, as well as pioneer of film education, science and criticism Robert Gessner (1907-1968), on the front fly leaf recto with a fully signed, located and dated dedication of the author with pen in black ink to famous Austrian theatre and film director G. W. Pabst (e.g. »A Modern Hero«, 1934): „For G. W. Pabst – / In admiration / and with comradeship / Robert Gessner / Mar. 9, 1936 / NYC“.

During the early 1930s Gessner worked in Hollywood as a scriptwriter, where he probably met Pabst, who, after his expulsion from Germany due to a ban on his movie version of Brecht’s „Threepenny Opera“ also tried to gain a foothold in Los Angeles. The dedication dates from 1936, when Pabst, before returning to France, spent some time in New York, where Gessner, now also established film critic for the »The New York Times, also taught film science at New York University since 1935.

Dust jacket with light browning at the bottom, otherwise very clean copy of this item with remarkable wood engravings by Lynd Ward, the dedication to G. W. Pabst a unique copy of film-historical relevance.