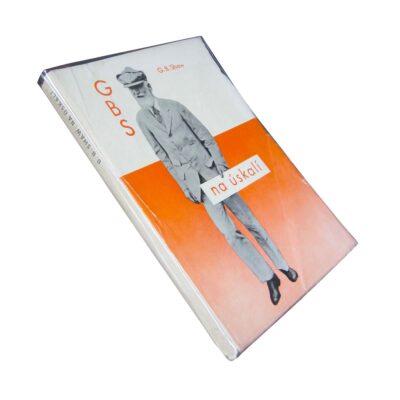 G. B. Shaw in Sutnar’s photomontage cover and Kratochvíl’s typography of „sobriety and functionalism“

Volume no. XXXV of a complete edition of G. B. Shaw’s works published by Břetislav Klika (later continued as an imprint of Družstevní pracé). Ladislav Sutnar, art director of the progressive Prague editor since 1929, was responsible for the layout of the Shaw-edition famous for it’s photomontage covers and typography „characterised by sobriety and functionalism in the choice of typefaces and wide margins“ (Dana). This volume of the series has a stated print run of 900 copies and reads 2nd edition, nevertheless it is remarkably rare.