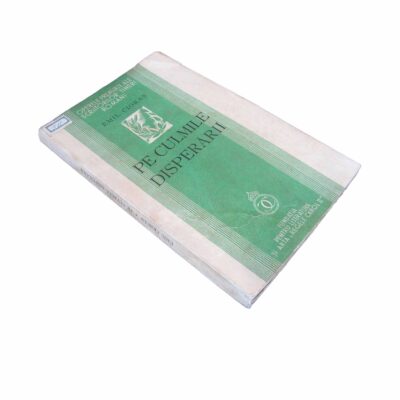 Emil Cioran: „Is it possible that existence is our exile and nothingness our home?“, 1934

First edition of this first book publication by Romanian philosopher Emil Cioran, one of the core protagonists of philosophical pessimism during the 20th century.

Contents, Edition: The essay was finished in 1933 Nazi Germany, were Cioran resided thanks to a scholarship by the Berlin Humboldt University. He would never conceal his expressed admiration for Hitler and the Nazi ideology. Fastly awarded with a prize for young authors in Romania for this publication, he became famous overnight. „On the Height of Despair“, the first of only a handful books written by Cioran in his Romanian mother tongue, already contains a key element of Cioran’s philosophy: despair and suffering as driving forces for surviving in a world of human alienation. „Is it possible that existence is our exile and nothingness our home?“ remains a core notion in this essay, and identifies young Cioran as a precursor to French existentialists like Camus and Sartre.