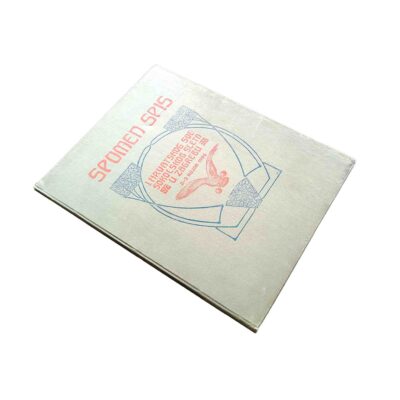 Contents, Illustration: Profusely illustrated commemorative album on occasion of the first meeting of the Croatian branch of Sokol, the panslavic youth sports movement arising as an expression of national consciousness among the Slavic peoples in Central-, Eastern- and South Eastern Europe in the 2nd half of the 19th century. The photographies show, among others, portraits of personalities (sportsmen, as well as administrators and financiers) supporting the Croation Sokol movement as well as teams, sceneries of sports events as well as tables with statistics.